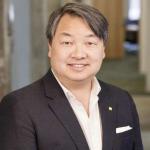 David Nieh is a partner at AGI Avant Group. David is the former head of the China business for Lend Lease, an international developer headquartered in Sydney, Australia, known for its environmental leadership in property development around the world. Prior to Lend Lease, he was a general manager of Shui On Land and a founding director at SOM’s Shanghai office. Prior to his work in China, David served as the chief architect for the city of San Jose and San Jose Redevelopment Agency.