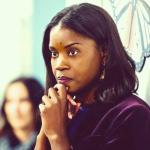 Prior to joining Mayor Breed's team, Tyra was the founding director of Imprint City, an organization activating underutilized areas in neighborhoods with projects that encourage increased foot traffic, which positively impacted local economies. Between 2015-2019, Imprint City attracted over 15,000 event goers to the District 10 neighborhood in San Francisco, raising over $5 million dollars to support the arts in some of the City's most marginalized communities.

Tyra also has experience working with elected officials as well as the Mayor’s policy team to craft legislation while also working to navigate relationships with legislators. For example, Tyra co-authored legislation designating the Bayview Hunters Point as San Francisco's African American Arts and Cultural District, then served on the advisory board to form the non-profit and funding sources to support this initiative. She was also instrumental in advocating for Proposition H, amending the Planning Code and the Business and Tax Regulations Code in San Francisco to allow for greater flexibility within commercial districts and to speed review and inspection of new businesses and new uses in existing businesses.

Ms. Fennell is a proud legacy graduate of Howard University.